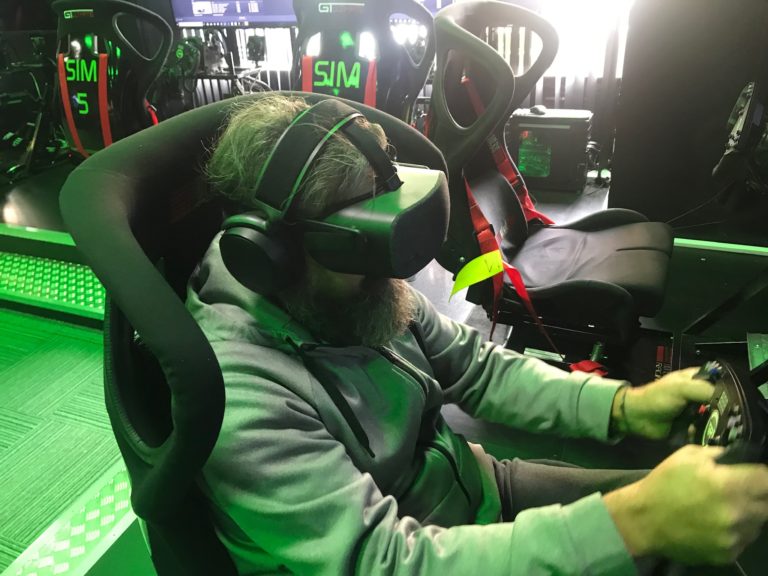 As we approach the release of generation 2 headsets we have tested various potential upgrades including the Index and Oculus Rift S. Our latest developments have led us to HP and after discussion we were lucky enough to get a test set for us to run.

From all of our research it appeared that there is clearly a resolution jump from the original rift which has 1.3 million pixels per eye to 4.7 million pixels and our new test was carried out on our test pc featuring RTX 2080ti card.

Firstly the original headset we tested was a version 1 HP Reverb which was recalled due to a few issues. We did experience these issues with some static visible in the lenses and the cable connector disconnecting. After discussions with HP they sent us a new upgraded version 1.5 HP Reverb which has not been released and we were completely blown away. Comfort wise it sits similar to the Rift although the cable does feel slightly heavier at the back of the headset. FOV was slightly increased over the rift and rift S however the resolution jump is night and day. The clarity in everything from car details to overlays and even the menu screen was instantly noticeable and software seemed fairly easy to use and setup. Headset would go into standby mode but would waken whenever we picked it up.

We do have a few minor issues like the mouse disabling when the headset is put on however for the first time we do feel like we have experienced generation 2 VR and it is an upgrade we are sure to make however the 1080 cards do not work well with the HP Reverb and this does require a 2080ti upgrade to all cards.

We have also been told that the official version 2 release of the HP Reverb will further enhance the improvements they made between the recalled version 1 and 1.5 version we had however we seen no major flaws in what we tested for sim racing and look forward to partnering with HP in the future.